How We're Helping to Save Coastal Sage Scrub

A Home for Many

Most people do not think of plants, let alone plant communities, when they think of endangered species. But this important habitat is in fact decreasing at an alarming rate, with severe consequences for the many plants and animals that call it home. Fortunately, some areas of coastal sage scrub, including the Safari Park Biodiversity Reserve, have been conserved. In other areas, the endangered California gnatcatcher often acts as an umbrella species protecting coastal sage scrub from development. Other species endemic to coastal sage scrub include the San Diego thornmint, San Diego horned lizard, San Diego barrel cactus, patch-nosed snake, and many more. Several of these species find their numbers dwindling as the coastal sage scrub disappears or degrades.

Knowing What You Have

Our Recovery Ecology researchers have worked with our partners for over a decade to monitor small mammal, reptile, and amphibian populations on the Biodiversity Reserve. The monitoring program was conducted across habitat of varying quality and spanned many years encompassing the aftermath of a devastating wildfire. Such long-term studies are rare and gave us a good idea of which animals need pristine habitat and which return quickly after fire. This in turn guides conservation priorities, allowing us to focus on helping the species most at risk. For areas in need of active restoration, our Plant Conservation team removes weeds and plants shrubs with the help of volunteers, partner organizations, and the San Diego Zoo and Safari Park. To date, these labor-intensive efforts have focused on restoring coastal sage scrub at the Biodiversity Reserve and the San Dieguito River Park. As part of our vegetation monitoring efforts, we have helped determine habitat requirements of the coastal cactus wren, a species of concern that depends on intact coastal sage scrub.

Banking for the Future

The Native Plant Seed Bank has been an important tool in our efforts to conserve coastal sage scrub. Here we not only conserve seed from rare and threatened species, but also provide local seed for species in need of restoration. Through time, plant populations often become genetically selected for specific microhabitats and we have learned that using the appropriate seed source ensures better restoration success. 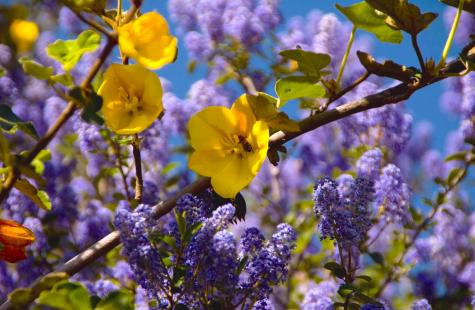 It’s one thing to make a seed collection, dry it, and freeze it, but quite another to thaw it, germinate it, and propagate it.