Critically endangered
How We're Helping to Save the Jamaican Iguana

Rediscovery of a Species

The Jamaican iguana was believed to be extinct since the 1940s, but in 1990 it was found to be still clinging to existence in a remote 3.8 square miles of dry tropical forest in the Hellshire Hills of southern Jamaica. Although Jamaican law protects the forest, illegal tree cutting to produce charcoal has severely degraded iguana habitat and threatens to encroach on the two major iguana nesting sites. Even in intact forest, iguanas are vulnerable to introduced species, including dogs, cats, pigs, and mongooses.

Back from the Brink

A central objective of the recovery program is to augment iguana numbers as quickly as possible. Working with our partners, our Recovery Ecology staff helped establish an iguana headstart program at Jamaica’s Hope Zoo. Wild hatchlings are collected and reared at the zoo until they are large enough to be safe from mongooses and ready for release. A total of 315 headstarted iguanas have been released back to the Hellshire Hills, where they demonstrate high survivorship and are breeding in the wild. Our recovery efforts also focus on local education, international awareness, and habitat protection and improvement. After 20 years of intensive predator control and reintroductions, we are observing a greater than eight-fold increase in the number of nesting females and hatchlings in the wild. As a hedge against a catastrophic loss in the wild, a safety-net population was initiated by importing 24 iguanas to US zoos. This assurance colony has been managed according to sustainability models developed by the Association of Zoos and Aquariums. Today, eight Jamaican iguanas live at the Griffin Reptile Conservation Center at the San Diego Zoo Safari Park under the care of our Population Sustainability team. The primary purpose of the zoo-based population is to promote education and awareness, and provide support for ongoing recovery of the wild population.

Given its small population size and extremely restricted range, the Jamaican iguana will remain critically endangered unless a second safe wild subpopulation can be established. The most promising reintroduction site is the offshore Goat Islands. Several threatened native species could prosper once the islands are rendered free of non-native predators and the islands have the potential to become a leading biodiversity reserve and eco-tourist destination. However, the government of Jamaica is currently considering a proposal to develop a massive transshipment port facility that will eliminate this priority conservation area. We are working with local and international stakeholders to provide science-based expertise on the benefits of keeping this valuable ecosystem protected. 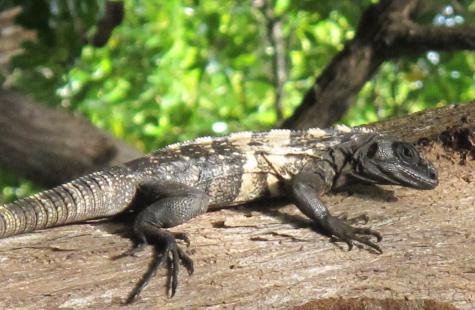 Science Blog
Why is a Species Threatened, Part 1

Most people have heard the terms ‘critically endangered’ and ‘vulnerable’, but it seems to me few people know how those terms are generated and assigned.

There is indeed a scientific process that occurs behind these assignments, and it is generated by an expert,...