Get to know burrowing owls as the only owl species that lives in a burrow. In the grasslands of southern California, owls rely on native ground squirrels to engineer their habitat by creating burrows.

The fates of owls relocated using passive and active methods have never been comparatively evaluated. A major research project is changing this by collecting statistically robust data with which to analyze and evaluate these methods across four counties in southern California: Imperial, Riverside, San Bernardino, and San Diego.

We use GPS satellite telemetry to track burrowing owl movements, mortality, and reproductive output in response to passive and active relocations (‘experimental’ groups), as compared to unrelocated burrowing owls (‘control’ group). This project has also been designed to test new strategies intended to improve the overall efficacy of currently-used active and passive protocols.

This research is funded by grants from the California Energy Commission, California Department of Fish and Wildlife (Local Assistance Grant), and Imperial Valley Community Foundation. Please see a full list of project partners on the project page. 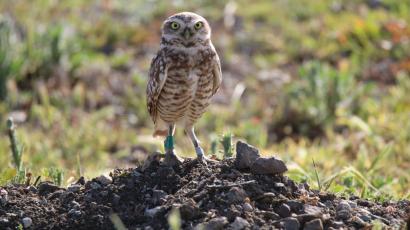 Last fall I had the pleasure of interning at the San Diego Zoo Institute for Conservation Research (ICR) with the Burrowing Owl (BUOW) team to help develop a new website for their programs,... 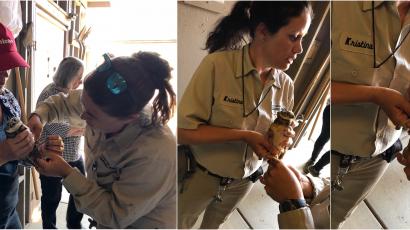 We are very excited to announce the hatches of three western burrowing owls at the San Diego Zoo Safari Park last May!

We received one breeding pair in December of 2017 and...